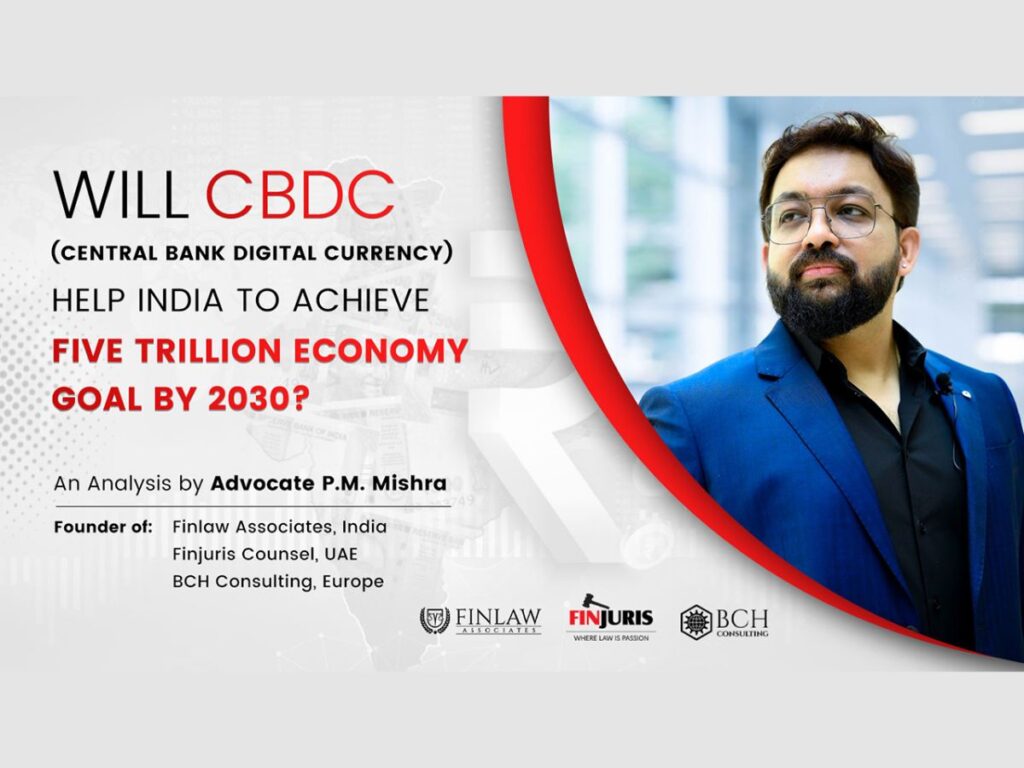 New Delhi (India), December 14: India’s quest to eradicate black money has been a long one considering the prominence of cash over digital currency and the gigantic population which previously believed in stashing cash under their mattresses. Will the advent of Central Bank Digital Currency take India towards the five trillion economy dream?

Black money has been a problem for every world economy as it hollows out the entire financial system. It is unaccounted money which is earned by carrying out illegal activities such as money laundering, terrorism financing, running a drug or human trafficking racket etc. In 2016, the Government of India decided to take the drastic and discreet step of demonetization. The country was facing a cash crunch for a period of time however it was a step that would be beneficial in curbing black money hoarders.

Demonetization has also pushed the Indian citizens to adapt cashless modes of payment. Apart from demonetization and cashless transactions during the covid 19 pandemic, the digital assets sector gained immense prominence and cryptocurrency was the talk of the town. Assessing the decentralized and volatile nature of cryptocurrency as a digital currency, many major economies across the globe started working towards establishing their own digital currency. And India was definitely not left behind.

What is a Digital Rupee?

The Central Bank Digital Currency (CBDC) is a legal tender issued by the Reserve Bank of India. The RBI’s CBDC, also known as the Digital Rupee or e-Rupee, is the same as a sovereign currency and is exchangeable one-to-one at par with fiat money, according to the regulator. CBDC will be issued directly by the RBI in the form of identifiable tokenized secure electronic documents from a secure server. Each token will be identified by a serial number and delivered to Bankers, who will then distribute them to the retail market.

According to a top finance ministry official, the planned digital rupee to be issued by the Reserve Bank of India (RBI) beginning in the next fiscal year will not only enhance the digital economy but will also assist limit the threat of illicit money. Every digital rupee trace will be tracked by the RBI. Black money profits are often collected in cash from illegal economic activity and are thus not taxed; however, if the RBI has a transaction trail for every digital rupee, it will be impossible for a person to escape taxes. This will therefore be an excellent opportunity to achieve the target of a 5 trillion economy as black money profits would now be taxable. Announcing the launch of the digital rupee in her Budget address, Finance Minister indicated that the launch of Central Bank Digital Currency (CBDC) will provide a significant boost to the digital sector. Digital currency will also result in more efficient and cost-effective monetary administration.

While the development of such technologies is an exciting prospect for the industry, once they are ready, they will also serve as tools to keep black money at bay and the parallel economy running smoothly. The Indian economy currently amounts to 3.5 trillion. In India, the black money market amounts to approximately 22,000 crores per year. If the amount remains stagnant, India would take around 5-7 years to reach the 5 trillion goal, only by blocking black money market that will have to be disclosed post CBDC.